Every horse race is an opportunity to create history, whether it be a big win for one lucky punter or the crowning of a 5-time champion. Over the years, there have been many achievements and records set. Of course, World Records are the most prestigious and worth noting. We take a look at some of the biggest horse racing world records.

In 2002, Al Jabal, won the Three horseshoes Handicap Stakes at Barbury Castle in Wiltshire at the ripe old age of 19, setting a new World Record for the oldest race winner. Born in 1983 and registered with the Arab Horse Society, Al Jabal is a purebred Arab chestnut Gelding. The World Record still stands today, some 18 year later. 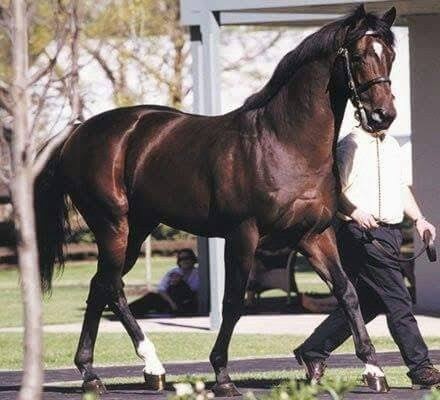 The Fastest Speed for a Racehorse

To determine the World Record for the fastest racehorse, the speed of a horse must be recorded over a distance of 2 furlongs in an official race. The current record holder is Winning Brew, who covered the quarter-mile distance in 20.57 seconds at Penn National Race Course in Pennsylvania USA. Winning Brew’s speed was measured at 70.76 km/h for the race.

The Most Expensive Horse Sold at Auction

Thoroughbred horses can be sold at auction for millions, much like you could win when playing Aussie pokies games online. A horse with a solid winning career and time to still improve could fetch a huge sum.

Interestingly enough, the highest price paid at an auction for a thoroughbred was for a two-year-old unnamed colt who had yet to run his first race. The ridiculous sum of $16 million was paid by an agent at an auction in Florida in 2006. Even more interesting is that the Colt sold at auction the year before for just $425, 000.

The Most Runners in a Horse Race

If you are familiar with online horseracing betting, you will probably know that the average number of runners in a thoroughbred race is between 16 and 20. Outside of thoroughbred racing, the number entries in a race can go up into the hundreds. The World Record for the most runners in a race is 4,249. The race, which was held in Khui Doloon Khudag, Mongolia took place on the 10th of August 20013.

On the day, 4,279 horses started, but 30 horses did not finish and were not counted in the final number. The race as so diverse that the youngest rider was just 7 years old, and the oldest rider was 79.