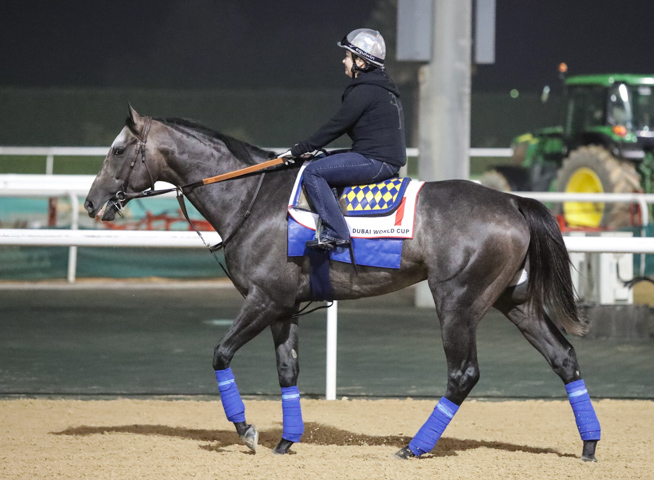 Arrogate, foaled 11th April 2013, is an American thoroughbred racehorse who made his notable debut in the 2016 Travers Stakes by coming 1st in track record time. Following his win at the 2016 Breeders’ Cup Classic, Arrogate was named the American Champion Three-Year-Old Male Horse and the World’s Best Racehorse – an accolade which he again received in 2017.

Arrogate started his four-year-campaign by taking 1st place at the 2017 Pegasus World Cup in a new track record, followed by 1st place in the Dubai World Cup.

However, upon his return to the United States, Arrogate suffered 3 straight defeats and was retired with a record of 7 wins from 11 starts.  Even though he only had 4 stake race wins to his name, the sizable purses for these wins made Arrogate the all-time leading money earner in North America.

A gray horse bred by Clearsky Farms in Kentucky, Arrogate was sired by Breeders’ Cup Juvenile winner Unbridled’s Song with dam Bubbler, and was as a yearling consigned to the Keeneland September sale and bought for $560,000 by Juddmonte Farms. Arrogate was then sent for training in California with Bob Baffert. 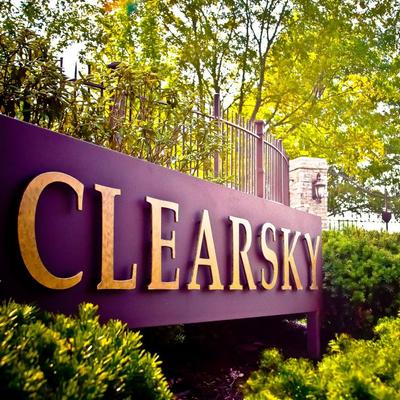 5th June: Arrogate records his first victory over a distance of 1.7km at Santa Anita Park.

4th August: Arrogate appears in an allowance race at Del Mar and wins by almost 2 lengths.

27th August: Set to certainly distract players from blackjack online Canada, Arrogate appears in his debut Group 1 race, the 2,000-metre Travers Stakes at Saratoga Race Course and wins by 13.5 lengths, setting a new track record time of 1:59.36. The previous record of 2:00 set by General Assembly had stood for 37 years prior.

5th November: Arrogate wins the Breeders’ Cup Classic by half a length ahead of rival California Chrome which earns him the top position in the World’s Rest Racehorse Rankings. Arrogate was then voted as the Eclipse Award as American Champion Three-Year-Old Male Horse.

28th January: Promoted as the final matchup with California Chrome who was retiring to stud, Arrogate was entered into the $12 million Pegasus World Cup at Gulfstream Park and won by 5 lengths in a track record time of 1:46.83.

Upon returning to the United States, Arrogate was entered into the San Diego Handicap in July, the Pacific Classic in August, and the Breeders’ Cup Classic in November and suffered 3 straight defeats.

Arrogate was retired following his November 4th, 2017 defeat at the Breeders’ Cup Classic and Juddmonte Farm announced that his fee for 2018 would be $75,000. Two days prior to the defeat, on November 2nd, it was announced that Breeders’ Cup Filly & Mare Sprint entrant By the Moon would be bred to Arrogate in 2018.